Sometimes you just need a comfort binge-watch. The best way we know to get that cozy fuzzy feeling in your chest as you sink into the couch with a blanket and some snacks is to re-watch your favorite old TV show.

Our personal favorite decade for TV shows? Well, it’s the 90s of course! From fantastic sitcoms to fun sci-fi there were so many fantastic TV shows in the 90s. Here are some of our favorites to re-watch over & over again. (And no, Friends isn’t on the list because you’ve probably already watched it fifteen times.) 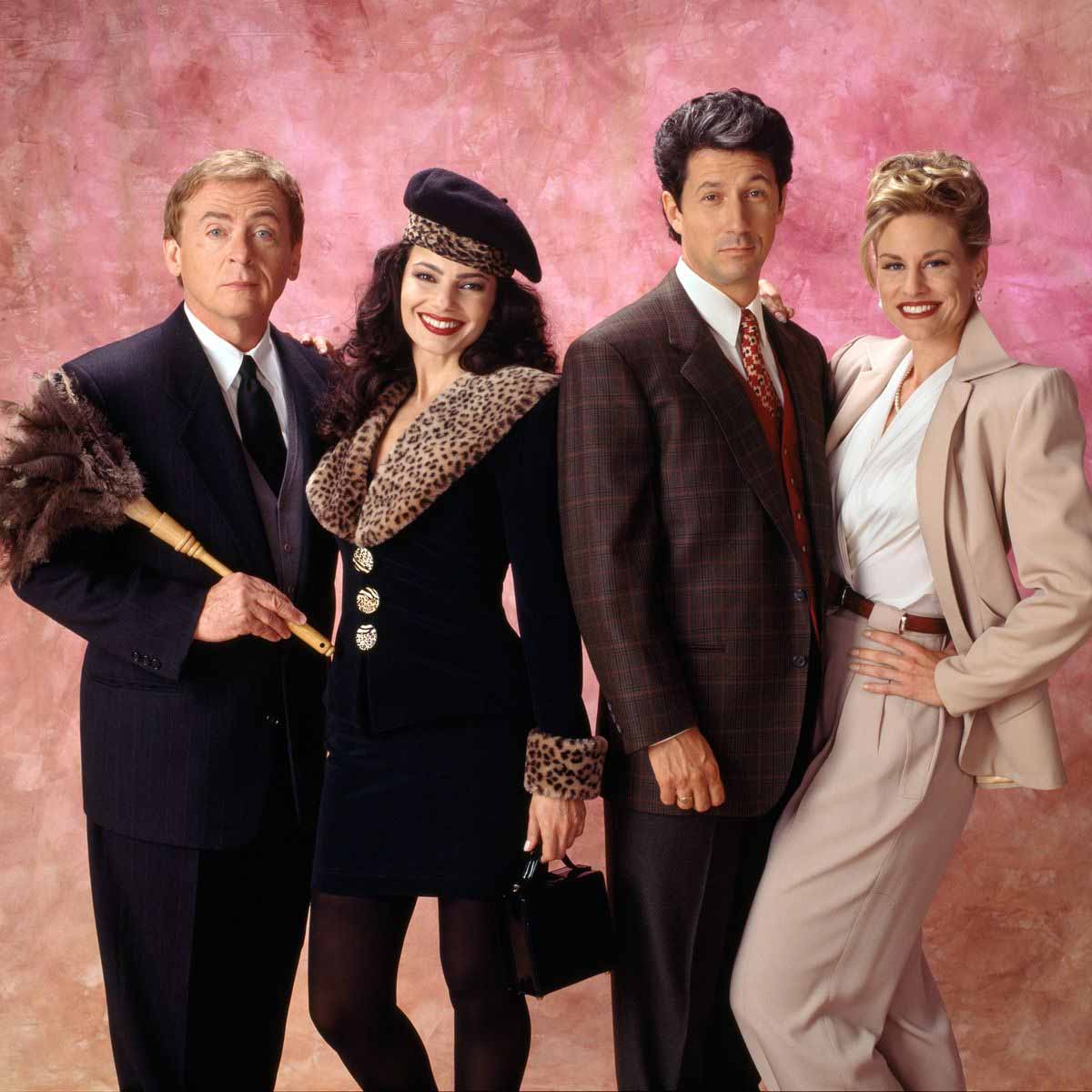 The Nanny has six seasons of 90s sitcom hijinks. Fran Drescher plays the role of an unconventional nanny to three children of a rich British producer.

The wit of the writing always makes us laugh out loud and let’s be real – Fran’s outfits are still absolutely fantastic and Charles Shaughnessy with his silver streak is rather handsome. 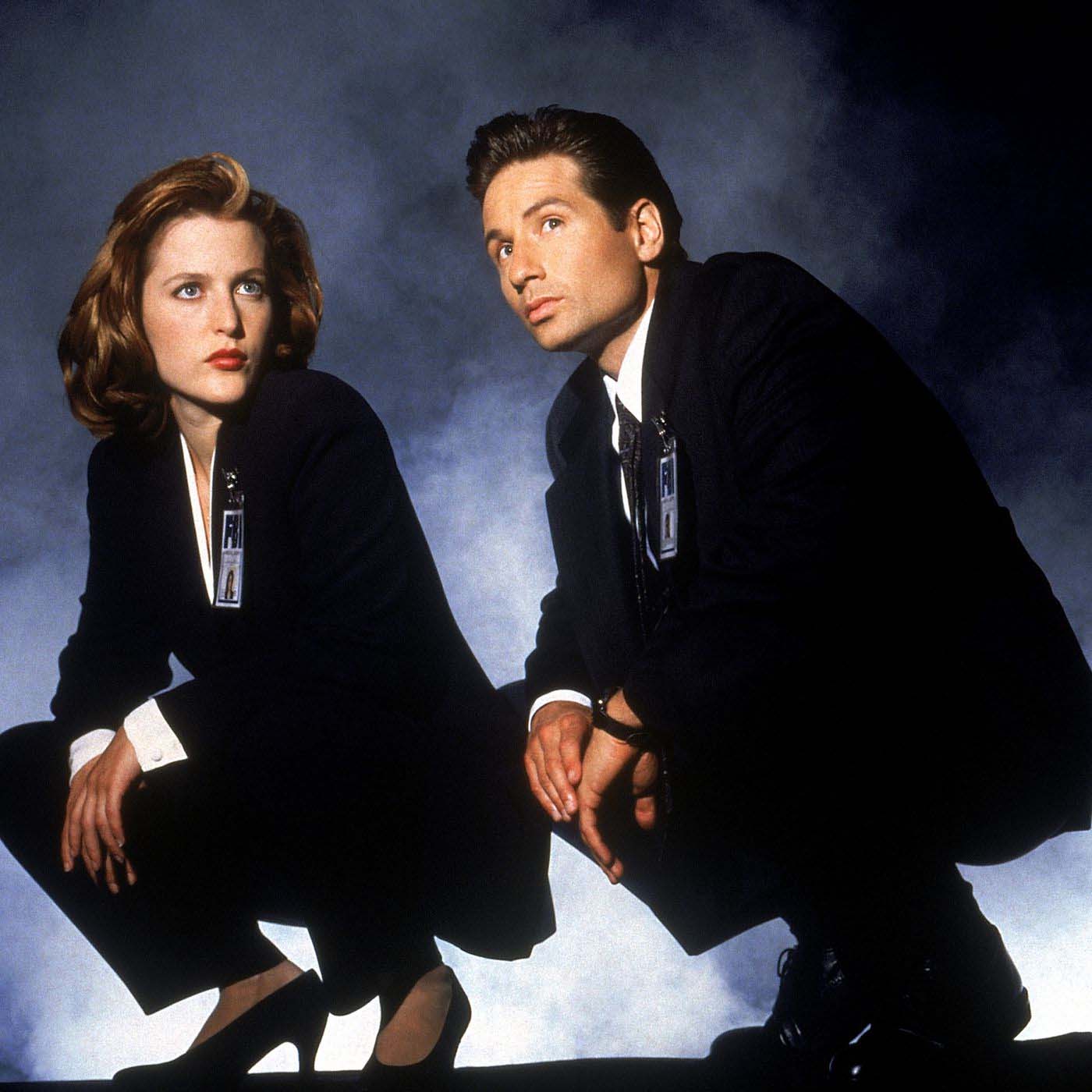 A sci-fi & fantasy blend the X-Files takes on everything from aliens to cloning to ghosts. The show follows the intrepid duo of Fox Mulder (David Duchovny) and Dana Scully (Gillian Anderson) – a perfect believer & non-believer duo with a will-they-won’t-they relationship that makes our shipper hearts scream even in re-watches.

The show has a unique blend of monster of the week episodes as well as a running storyline that gets more ridiculous & complicated every season (of which there are nine original ones) and we love it for that.

Fair warning, it’s best to just pretend that the reboot seasons don’t exist, but the movies are definitely worth watching. 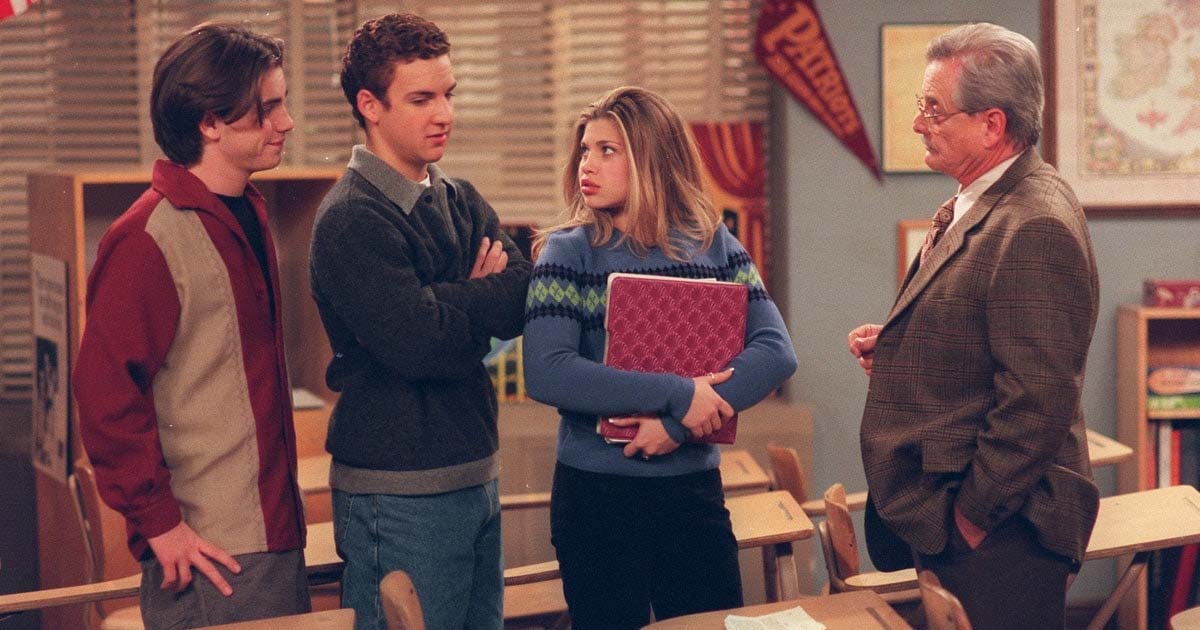 The coming of age sitcom of the 90s. Boy Meets World is a TV show that feels pretty timeless since it deals with all sorts of important topics that are still plenty relevant.

The show stars Ben Savage as main character Cory Matthews, Rider Strong as his best friend, William Daniels as the always fantastic Mr. Feeny, and Will Friedle as Eric Matthews.

The show was great because so many kids got to grow up with the Matthews family from middle school all the way into their college years over the course of seven seasons. It’s definitely a great nostalgia binge watch. 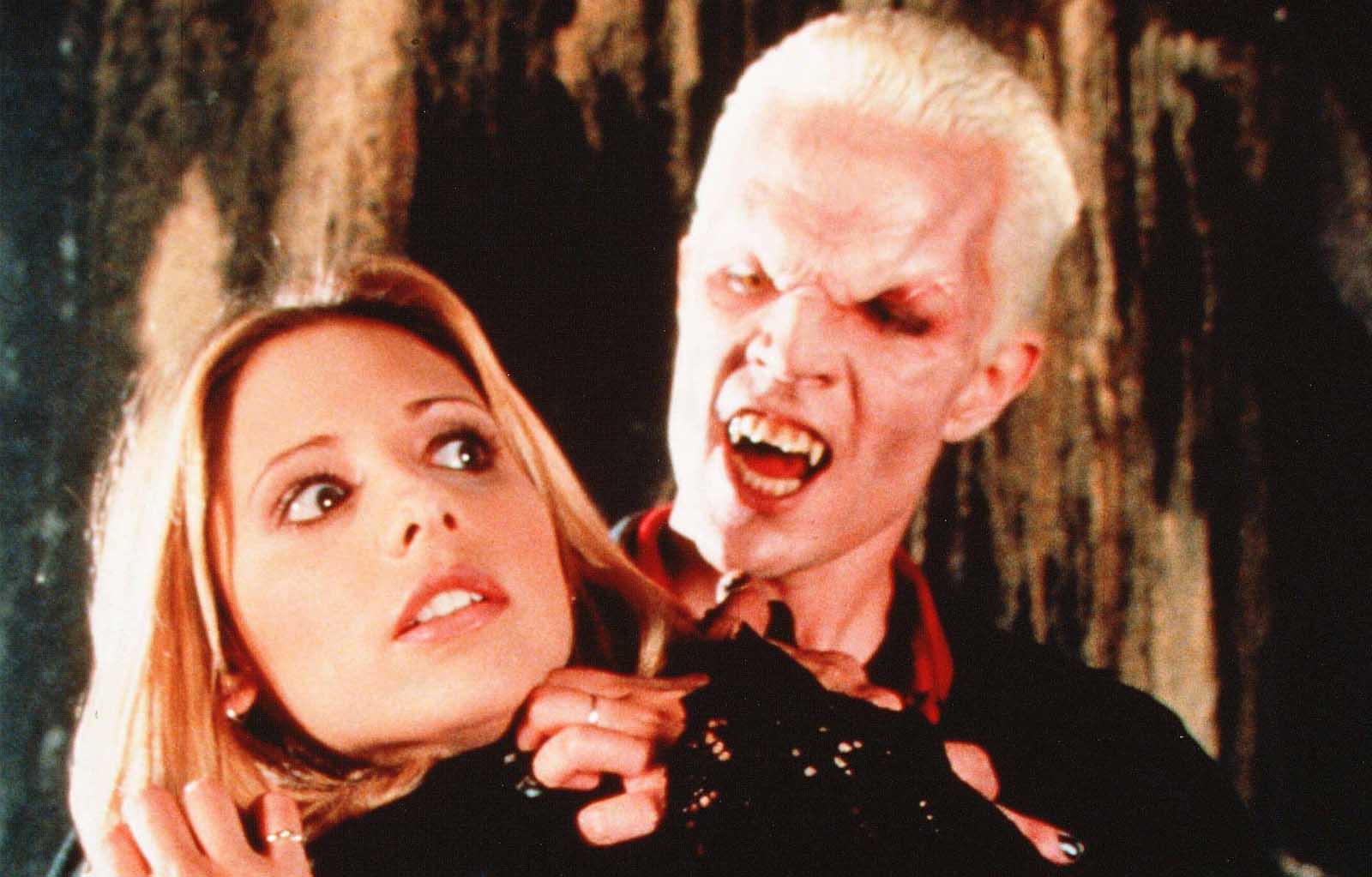 If you want some action in your coming of age show then Buffy the Vampire Slayer is a perfect choice. Admittedly this show is nearing the cusp of not being a 90s show since it started in 1997 and ended in 2003 – meaning a whole half of this show is technically a naughties show.

However, it has all the charms of a 90s show and it does feature Sarah Michelle Gellar and Alyson Hannigan so there are always bonus points for that.

There are definitely parts of this show that haven’t aged super well, but that doesn’t mean we have to throw it in the dumpster altogether. This is a popular re-watch for people and it’s not hard to see why. A little girl power and some vampire butt-kicking are always fun. 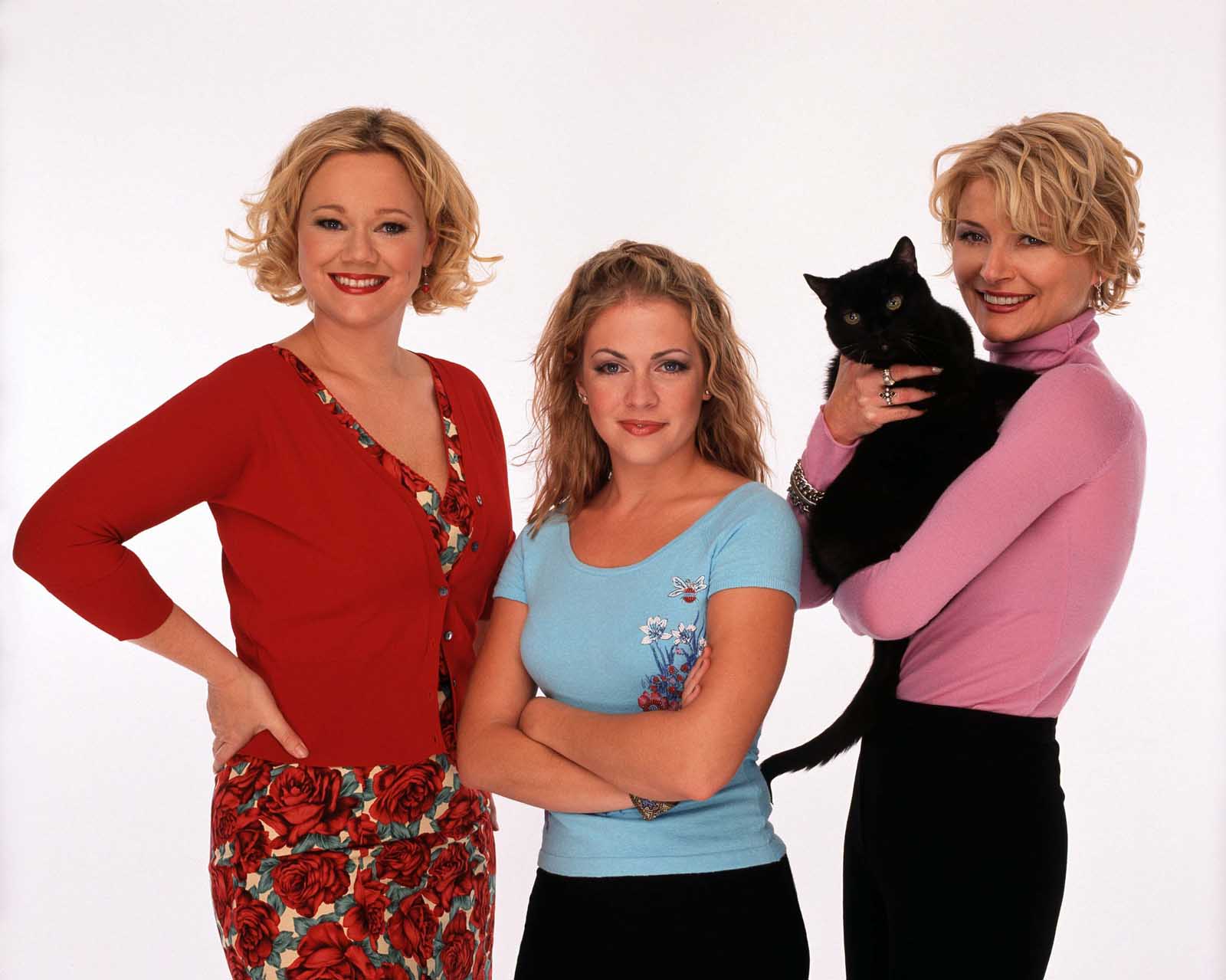 If you’re not done with magic-themed teen shows from the 90s then Sabrina the Teenage Witch definitely has to be the next show in your queue. Its humor has more than stood the test of time so far.

Following Melissa Joan Hart as the titular character we see her discover that she and her aunts aren’t so normal after all. She struggles to not only deal with high school problems, but also with wielding some extremely powerful magic.

We do have to say that the college years of this show aren’t nearly as good as the high school ones, so we can’t blame you if you jump ship without finishing all seven seasons. We still firmly believe this show is infinitely better than Chilling Adventures of Sabrina, though. 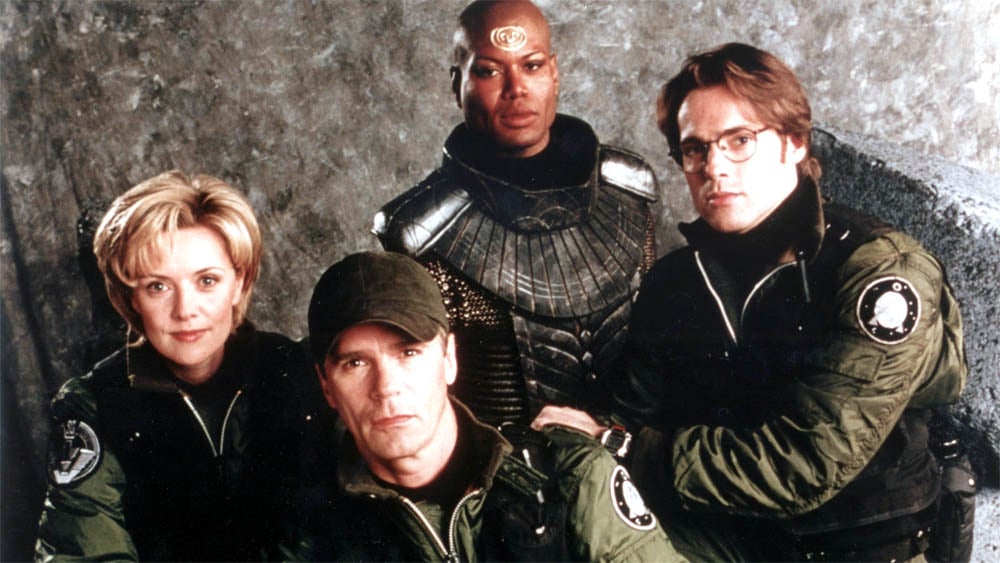 This sci-fi show is the gift that seems to keep on giving. With ten seasons, two movies, and two spin-off series there’s a whole lot of nostalgia to steep yourself in. Oh, plus there’s the original movie that inspired the whole franchise.

This galactic romp has a fantastic balance of serious, funny, and exciting with characters you cannot help but adore. Even the guy who only says one line every episode – and it’s the same line. (We love you, Walter Harriman.) The show also stars none other than the original MacGyver Richard Dean Anderson.

The only caveat to this show is on our list is that only the first three seasons are from the 90s, but we think this show merits being on the list anyway because who doesn’t love stories about aliens, interplanetary travel, and good vs. evil? It’s also now available for streaming on Hulu, Amazon Prime, and Netflix.